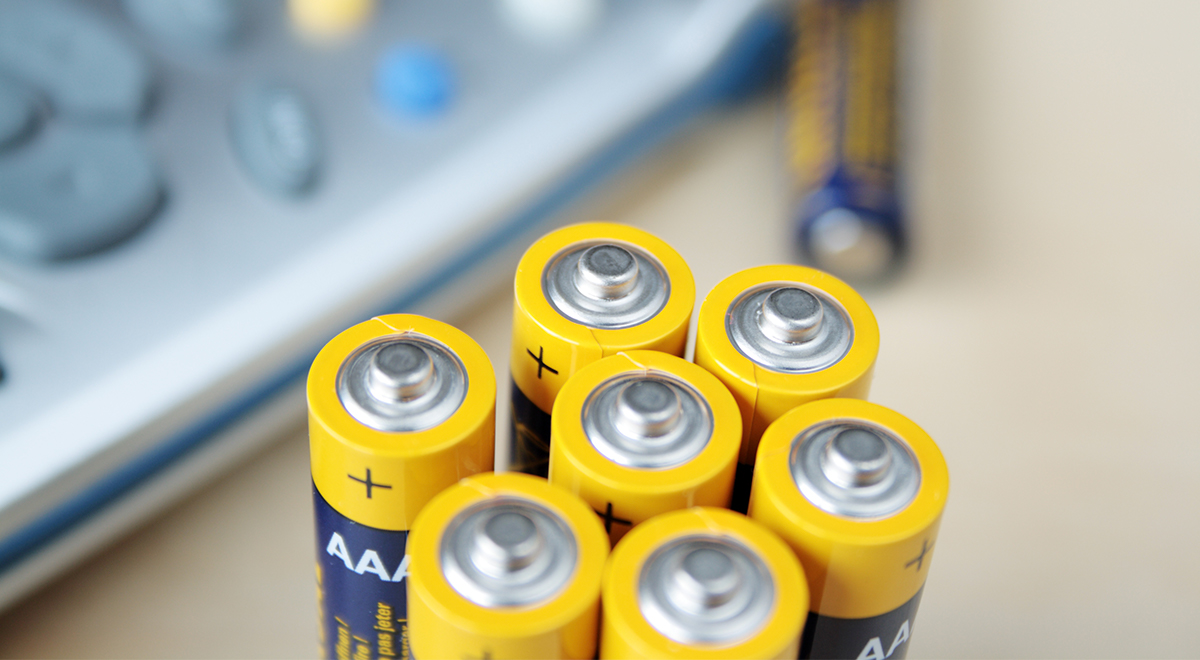 Alkaline batteries have literally become an essential part of our lives. They are used in everything from hearing aids to remote controls, toys and video games. In fact, the industry has grown into a multi-billion dollar industry since its inception in the 1950s. The market for alkaline batteries is expected to grow to a value of 8 billion euros by the year 2022.

However, it was not always this way. One of the first batteries to make its way into commercial use was the lead acetate battery. It was invented in 1859, but still remains the primary technology in rechargeable car batteries. The alkaline battery as we know it today was first introduced in 1959. It is this battery, with some refinements to its technology over time, that has become widely popular due to its cost and effectiveness.

Alkaline batteries are basically a contained chemical reaction. Each cell consists of an anode, a cathode and an electrolyte material that facilitates a transfer of electrons. In a standard alkaline battery, the cathode is made of manganese dioxide, which forms a layer on the inside of the battery casing. The anode consists of zinc powder dispersed in an electrolyte solution. Potassium hydroxide is the standard electrolyte solution for alkaline batteries. Other components in a battery include the separator to keep the anode and cathode electrically separated and a current collector to capture electrons. 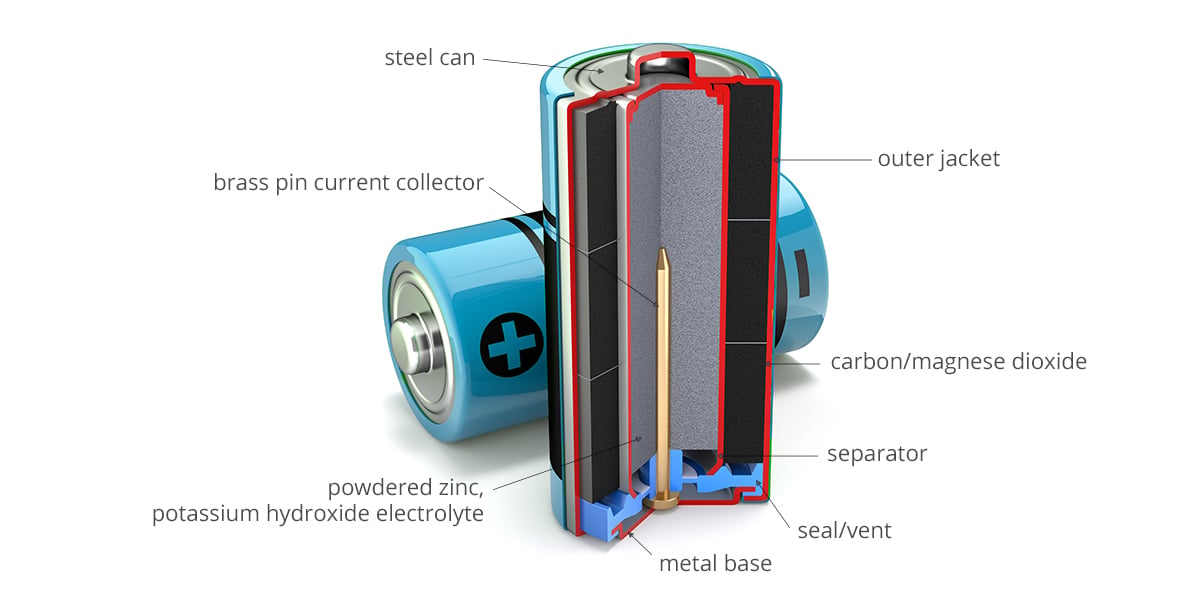 An alkaline battery goes flat when the resources to complete the chemical reaction are depleted. The first chemical to run out is the magnesium dioxide, which means that no more hydroxyl ions can be formed, and no more electrons released.

It is important to note that the voltage of a battery will reduce over its life. This is acceptable because electrical devices can function normally in a range from 0.9 to 1.5 volts.

Battery manufacturers describe the operation of alkaline batteries and the factors that affect their performance as follows:

Potassium hydroxide alkaline batteries are not harmful to the environment. They do not contain toxic chemicals like mercury, which are controlled substances. As such, they can be disposed of as non-hazardous waste. However, it is always better to recycle materials than send them to landfills where they will slowly decompose. Each alkaline battery contains small amounts of zinc, manganese and steel, each of which can be reused if recovered.

Vynova is a leading European producer of potassium hydroxide. We have manufacturing sites in Belgium and France. Our production processes use the best available technology ensuring efficient performance and environmental responsibility. Contact one of our potassium sales representatives here or view our website to find out more about us.